He made it look like a real STNG tricorder. This one has 11 sensors ranging from temperature and humidity to magnetic fields. You might say it goes to 11. This thing clearly rocks!


That's an awesome design philosophy. You know how you can tell? Not once did he mention "profit" or "outsourcing." Way to go Dr. Jansen. 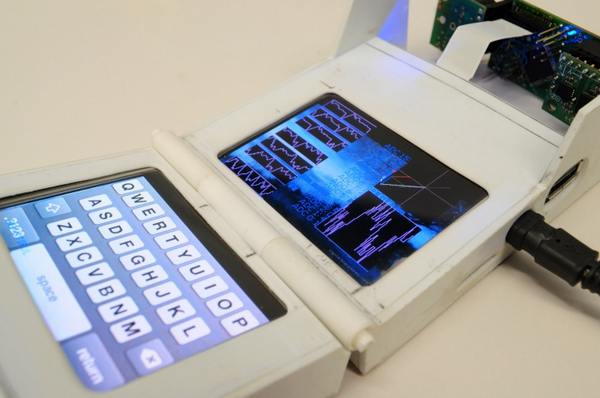 The Mark 2 has 10 sensors, however, it sounds like the addition of an imaging sensor might pull double duty. But everything else was improved. Here is what Dr. Jansen has to say about that:

"The Science Tricorder Mark 2 prototype sensor board contains ten different sensing modalities, organized into three main categories: atmospheric sensors, electromagnetic sensors, and spatial sensors. Many of the sensors are similar to those used in the Science Tricorder Mark 1, where the differences are centrally in upgrading sensors to higher-resolution versions where possible. The prototype sensor board also includes an imaging sensor, in the form of a cell phone camera, that is untested. Sensor boards for the Mark 2 are designed to be self-contained, include separate microcontrollers for low-level sensor communication, and as such are more easily upgraded."

But wait there's more! Dr. Jansen has moved forward with a small version with which he hopes to win the Hackaday prize. Below are the many versions he's created to get to the current Arducorder Mark5. 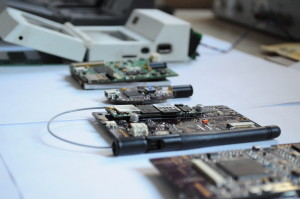 Head on over to his site tricorderproject.org. Read his blog to keep up with what he's doing. Follow that over to hackaday.io/project 1395. Sign up and vote for this guy. He deserves it.

There's only one problem with these tricorders. When can I get one? I noticed he posted more or less everything you need to build one, but it requires some skills I think many people won't have. For now though, keep an eye on this project.

If you're a sci-fi fan you've got to stop by io9. It's a blog site with articles, news and pictures about everything sci-fi. From Star Trek to Marvel to the latest fan films. You'll find it at io9.

This site has news, blogs and giveaways about movies, TV, comic books, video games, books and science and tech. Plenty of time can be wasted reading the latest news about these topics.

Upcomingcons brings you the dates and locations for all the upcoming conventions. Not all of the conventions announce at the same time, so keep going back to look for yours.

Truly awesome website full of facts about rockets, spacesuits and space travel. Hollywood has been left behind on this site where you'll find everything you ever wanted to know about outer space. Great for budding sci-fi authors who want to know what it's really like to die in space.

You like robots? That's a rhetorical question. These guys had an idea. Challenge Japan, who else, to a duel with real robots. These aren't your 12" tall robots falling over playing soccer. These aren't your human sized robots that have trouble standing up. These are ginormous 15' tall robots that will be locked in mortal combat, punching, kicking and sawing each other into oblivion! Stop by their page to see the challenge and acceptance videos, contribute to their kickstarter campaign or subscribe to their feed. It's awesome!

This website contains all kinds of geek stuff from the entertainment industry: movies, games, TV and comic books. Check it out.

9gag has a cosplay section with lots of pictures.

Find out how many near earth objects have been discovered this month and other things at the Minor Planet Center website.

Learn something new everyday and this site has really cool things to learn.

Pandora Machine is self described as: A micro-studio in New York City specializing in science - fiction. This blog (like our movies) is rated "R" for nudity." If you read the reviews of their made-in-a-year films, you will see that they've never made a good one. But the site is pretty cool. From the main site hit the blog and check out articles on editing, prop making and anything else you can think of regarding science fiction film making. Even if you aren't a film maker, the topics are great reading. Plus there are some related links to keep you even busier.