It pays to be a friend of antimatterstore.com. This serving tray was built as a gift for the guy who designed the banner for the site. The beautiful thing is everything except for the tray itself was built from scrap material. It's green!


I started with a piece of an electronics enclosure that I pulled out of a recycle bin. I wanted a soft edge on top where it might be handled, so no one would get cut. The enclosure already had a rolled edge, but unfortunately this meant that it resisted being bent into a curve, which is why the curve is more like a series of straight sections. That's ok, it's not meant to be perfect. If it were, it would have LEDs and all sorts of things on it. Some extra flat steel in the garage served for the bottom of the ship and a lighter sheet steel from the recycle bin was used for the . . .what do you call the things on the front of the Millenium Falcon? I think I'll call them fangs. I wanted something thicker for the bottom because when the landing gear were welded on, I didn't want them to warp the bottom. Thicker metal and less welding helps. I just tacked the landing gear on. 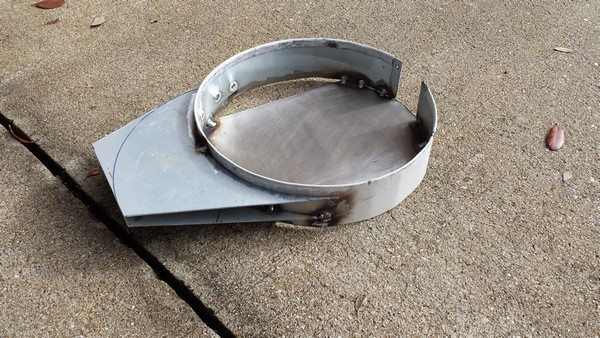 First I cut the fangs out of paper and matched the curvature of the main part of the piece, which in turn was curved to a diameter that would perfectly accommodate the 8.5" aluminum serving dish. Once I was happy with them, I cut them out of scrap and positioned them on the piece. Since it's just a cute little serving dish nothing really needs to be measured, so I eye-balled the position and welded them on. Then I just took an angle grinder and cut out the center of the fangs. So it looked like this: 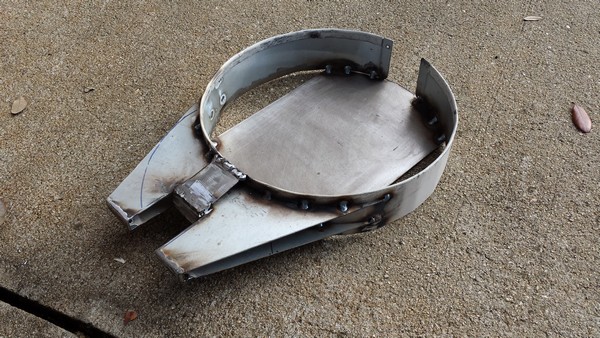 I folded the notch back on itself just to give the piece a little dimension. The notch in the back is so that the aluminum pan can be removed without putting a finger in the food.


Next up was the cockpit. A piece of pipe left over from a pull-up bar project served nicely. It needed to be 1" to 1.25" in diameter to match the dimensions properly and the pipe was 1.25" OD, so it was perfect. 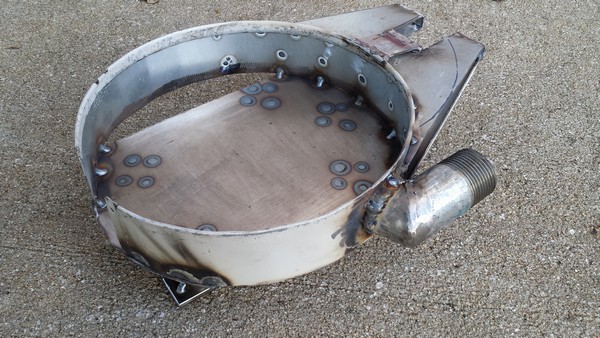 Apparently I failed to take a picture at this stage, so the landing gear are already on it. It's a bit of a spoiler, but the final touch was the landing gear which can be seen in the next photo. I made these out of some old tubing and a 1/8" thick piece of flat stock from old projects. If they look a little bit crooked, that's because they are. I made them all the same as best I could, but then I welded them on at slightly different angles so that it would sit flat on a table without rocking around. I'm happy to announce it sits perfectly with no wobbling at all. Solid! 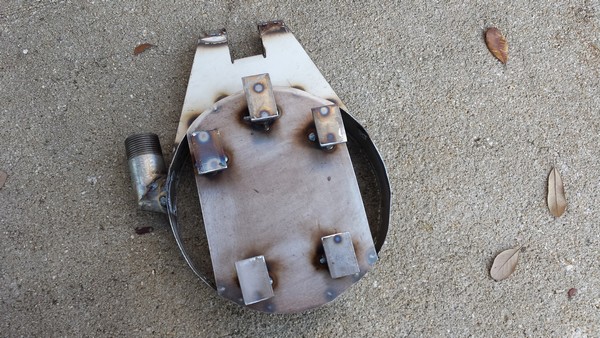 Ultimately I like the way it came out. It took me less than a day and I even got two coats of paint on it (not shown). 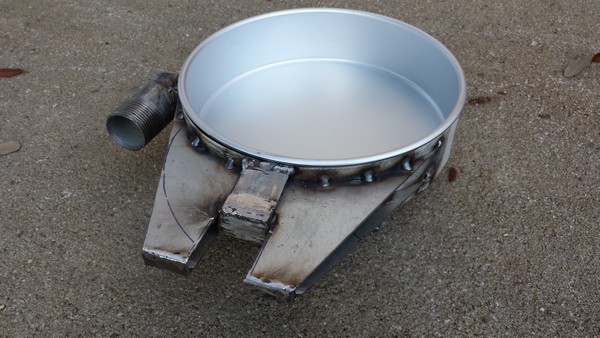 And here's how it looks all painted and ready to make the jump to light speed. 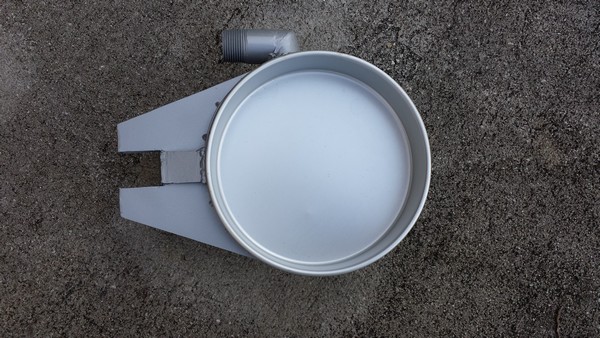 I like a lot of pictures so here are some more. 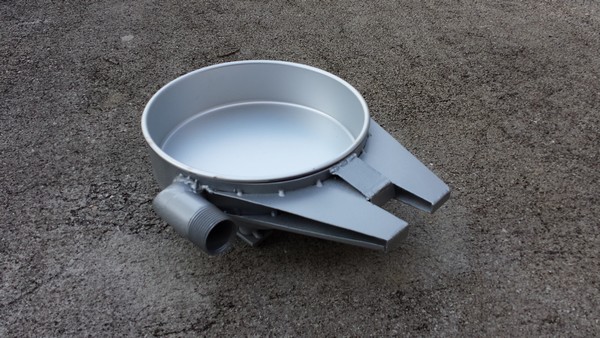 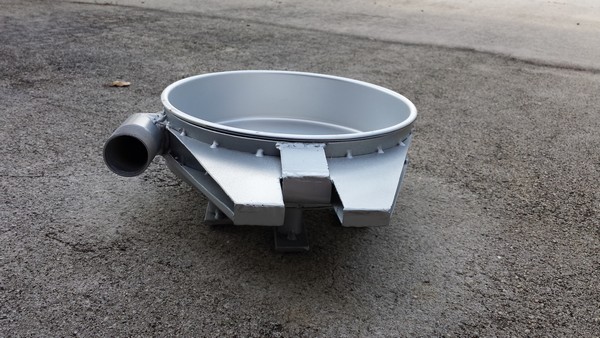 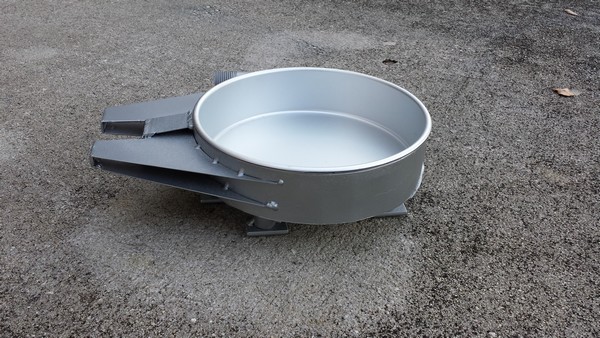 It's amazing what you can do with some scrap material, a welder and a little paint. 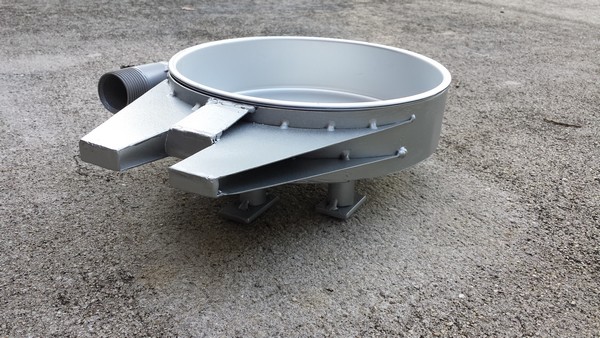 I put some rubber feet on the landing gear so it wouldn't scratch surfaces or slide around. 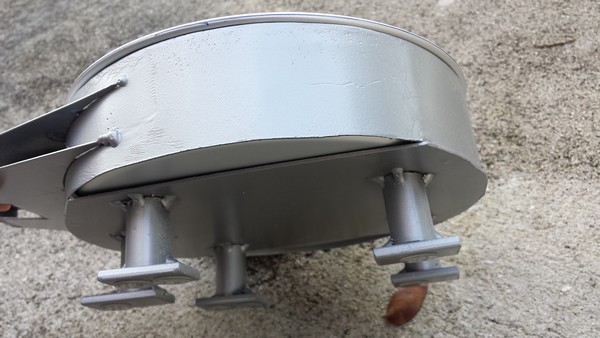